Do you get goosebumps when you get the thoughts of watching the African animal kingdom up close? Want to experience it once in your lifetime? Then we at Plain Wings Tours and Safaris would suggest you go for the Nairobi National Park tour. Why? Because the Nairobi National Park can let you get a glimpse of almost every African animal you have ever heard of and beyond. 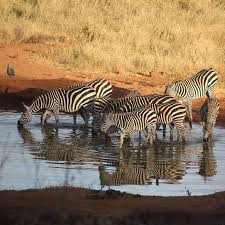 The national park lies just outside of Nairobi about 7 kilometers from the city and is the first National Park to be opened in Kenya. As far as the size of the national park is concerned it is one of the smallest ones in Africa, but don’t let that discourage you. You can discover a wide variety of wildlife here. From game viewing to safari tours and more, this place offers you everything that will lift your adventurous spirit a notch higher. You can also take delight in watching the utterly unperturbed animals from the skyscrapers while enjoying the picturesque sights of Nairobi. You can also find the Mbagathi River flowing across where animals often migrate at will.

Tip: To see more number of animals in the park you must plan your visit in the dry season!

Which Animals Can You Spot at the Nairobi National Park?

Some of the most found species in the park include:

Also, the park is known for having the densest concentration of black rhinoceros in the world, which are approximately 50. It is one of the fewest parks where you can relish watching animals in their natural habitats.

Note: Large Wildebeest and Zebra Migrations can be encountered in the months of July and August.

Besides the large variety of animals, the national park also possesses a large diversity of birds which is about 500 different species including the permanent and migratory species. Also, man-made habitats have been created for birds and aquatic animals in the park. 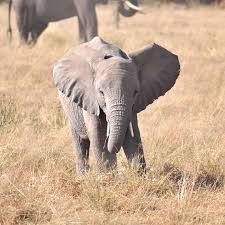 We also suggest our guests go for Nairobi safari tours where they can take pleasure in exploring the exotic flora and fauna of Kenya in habitats that simulate natural environments.

What else you can explore on your Nairobi National Park tour?

A sanctuary ran by the David Sheldrick Wildlife Trust in the park that does hand-rearing of orphaned elephant and rhinoceros calves which they release later on into secure sanctuaries. The sanctuary brings orphaned and sick animals from all over Kenya and treats them.

Also, there is the Ivory Burning Site Monument which is the spot where Kenyan president Daniel Arap Moi burnt 12 tons of ivory in 1989. The intention behind this step was to stop the killing of elephants and dispirit ivory buyers all over the world. And this dramatic event helped in improving the conservation image of Kenya to a great extent.

So take advantage of our tailored Nairobi safari tours and get your dream to explore African wildlife fulfilled. With us relish the magnificence of the Kenyan landscapes, culture, and wildlife to the fullest and create memories of a lifetime.